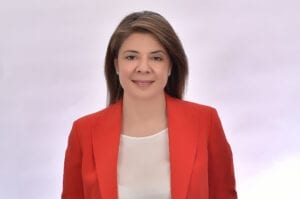 First of all, I would like to congratulate the organizers of this important conference and thank them for their kind invitation. It is an honour to have the opportunity to share with you my own input and contributions in the efforts to combat human trafficking, a global phenomenon with growing prevalence, that can be easily described as the scourge of our times. I am looking forward to our deliberations and the contributions of the other participants who will share their own experiences and assist in our collective effort to create an environment in which we can exchange views, thoughts, assessments and proposals on the subject at hand. In order to defeat this modern-day plague, we all must act together.

In the past years, Cyprus, has unfortunately become a destination country for human trafficking. This was mainly due to the absence of strict measures and the failure to meet the minimum compliance standards in order to prevent traffickers from their illegal activities. Deeming this to be unacceptable and inauspicious, I decided to take immediate action, within my parliamentary mandate and in cooperation with individuals with remarkable know-how and expertise on trafficking issues, and together we managed to propose and adopt ground-breaking legislation, deemed today to be model legislation.

Ground-breaking not only for Cyprus, the legislation was finalized after overcoming many obstacles and misperceptions. For three years (2016-2019) we were trying to convince fellow parliamentarians, advocating for the significance of adopting this legislation and for the transformative impact it would have on our society.   Contributing to the lengthy process, were unconventional attitudes, underlying traditional patriarchal perceptions, stereotypes, as well as, the social structure and cultural norms that allow and cultivate gender inequality, in nearly all aspects of life and in most sectors of society.

Today we are immensely proud for this great achievement. Cyprus has pioneered in adopting and implementing appropriate legislation. Our hope is that other national parliaments will follow in our footsteps by promoting and speeding up necessary reforms aimed at dealing with the critical issue of inequality between men and women, which is the basis of all forms of exploitation of women.

Our initiative generally aimed at dismantling a wider chain of organized crime groups responsible for human trafficking and in particular at eliminating criminal networks aimed at trafficking victims for sexual abuse. The main objective was to achieve a solid framework designed to combat these heinous forms of exploitation and blatant violations of human rights that destroy the dignity of the victim, namely women and underage girls, which account for the overwhelming majority of the victims (95%).  By amending existing legislation and introducing strict liability we presented a powerful tool to law enforcement authorities in their effort to achieve a significant decrease, if not eliminate, the phenomenon of trafficking women for sexual exploitation.

We very much hope that this major revolutionary element of the legislation, the criminalization of the demand – purchase of sexual services, the receipt and/or use of such services, by victims of trafficking, regardless of whether or not the perpetrator had reasonable suspicion that he/she is dealing with a victim of trafficking, serves as a stepping stone. Although criminalization significantly contributes to the issue of repression, there is still a necessity to pursue further the adoption of other holistic values and coherent approaches, as well as specific policy measures focusing on prevention, the protection of victims and the prosecution of perpetrators.

Specifically, with this legislation, we interpret that “demand” refers to the client, the trafficker of the victims, the employer of the victims, the owner of any space, where victims are forced to be abused, as well as any other person involved in any way in this criminal chain. The links are many and multifaceted. By this broad definition, however, all of the above categories of persons are considered to be the “demand”. Therefore, we believe that in this way the chain is broken, in line with our central position that trafficking is a heinous crime which would not exist if it was not in demand.

Furthermore, the elimination of the provision that necessitated for ‘reasonable suspicion’ is a noteworthy change, as in contrast to the previous version of the legislation, now not even the slightest possibility remains for the perpetrator to evoke reasonable doubt. In addition, according to the specific legislation, knowledge by the perpetrator of engaging in human trafficking no longer needs to be proven. There is thus no room for invoking ignorance as a mitigating factor for defence, by either the user or the recipient or anyone else. Irrespective of having knowledge of the victim’s situation, the victim’s circumstances or the victim’s age, the accused is assumed to be the perpetrator. The message is clear: involvement by any means in the marketing and exploitation chain is not anymore tolerated any longer and anyone involved should be prosecuted.

Furthermore, the significant increase to penalties which we secured through the legislation is undoubtedly a significant deterrent factor of any involvement whatsoever in that chain, especially when it comes to exploitation of minors.

It should be noted that the amendments to the penalties concerned all forms of trafficking and exploitation. They are:

In view of the above, it is obvious that at the legislative level we made sure to fill in the gaps and reduce any ambiguities; on the one hand by strengthening the position of victims in court proceedings, which is perhaps the most critical step in dismantling the lucrative business model of trafficking in human beings and on the other hand by weakening the parties involved on the demand side, by introducing a stricter crime classification and establishing multiple safeguards.

As I mentioned above, this effort was just the beginning. We cannot rest, we have a duty, to act every day in order to succeed in effectively and truly combating the culture of impunity and the commercialization of human souls.

Thank you for your attention.